When you need to translate Z transactions, custom Fiori apps, Customizing texts, or any other texts from SAP systems, so far, you had three options:

We have used each of these options to translate SAP texts. SE63 is what we use most often since many of our translations know it inside out. Whenever we have to onboard new translators though,it is a huge time investment. SE63 is quite complex, and takes many months to master, if not years. 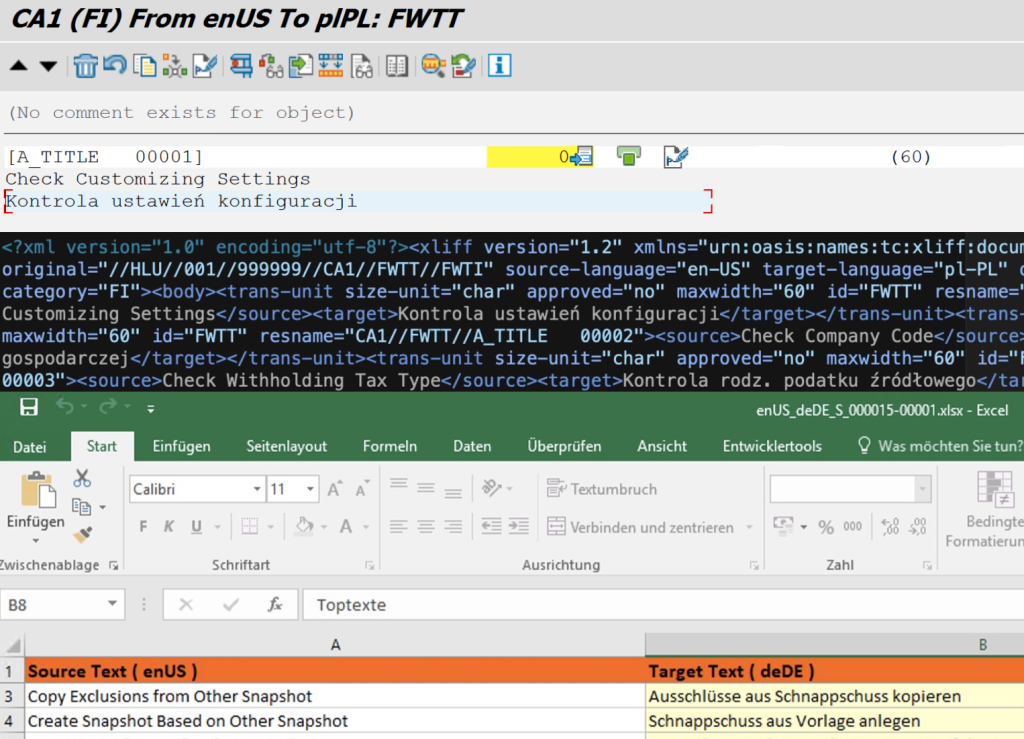 These used to be the three options your had for translating SAP texts:

Taking file handling out of the equation

Since Microsoft Excel is not a good translation tool, we tend not to use it at all for any project that has more than a handful of texts. But we do export texts to the XLIFF format, which almost every translation tool on the market supports. But exporting texts from SAP for translation comes with its own problems. First of all, we lose a lot of time dealing with the files – downloading them, loading them into a translation tool like SDL Trados, running analyses, creating translation packages, receiving translated packages, reading them into the external tool, checking translations, generating finalized XLIFFs, sending them to the customer’s SAP Basis team for them to place them onto the application server, and then finally importing the files into the SAP system.

That’s a lot of steps – and even though many of these steps are automated, it’s still a lot of overhead. And it gets worse if there a multiple translation rounds or frequent ad-hoc translation requests. Most SAP projects try to avoid doing multiple rounds translation, for this exact reason, and why instead opt to export the entire project at once. But that means that the translations are not available in the SAP system for many weeks. And when they are finally imported, it is quite possible that some of the source texts have already been changed by development – after all, most SAP translation happens on the development system and translation often takes place while development is still ongoing.

But our new favorite way of translating SAP texts is using XTM Cloud, with *XTM Connect for SAP Systems*. With the new setup, with file handling taken out of the equation, SAP translation suddenly feels a lot more agile. Instead of exporting monolithic translation projects, we can push smaller batches to the XTM API. This way, the translations are back in the system after days instead of weeks. In bigger projects, we can translate a set of Z transactions or Fiori apps every week, and the week after, they are ready for testing. This allows us to get feedback on our translations early, make corrections where needed and create a feedback loop. 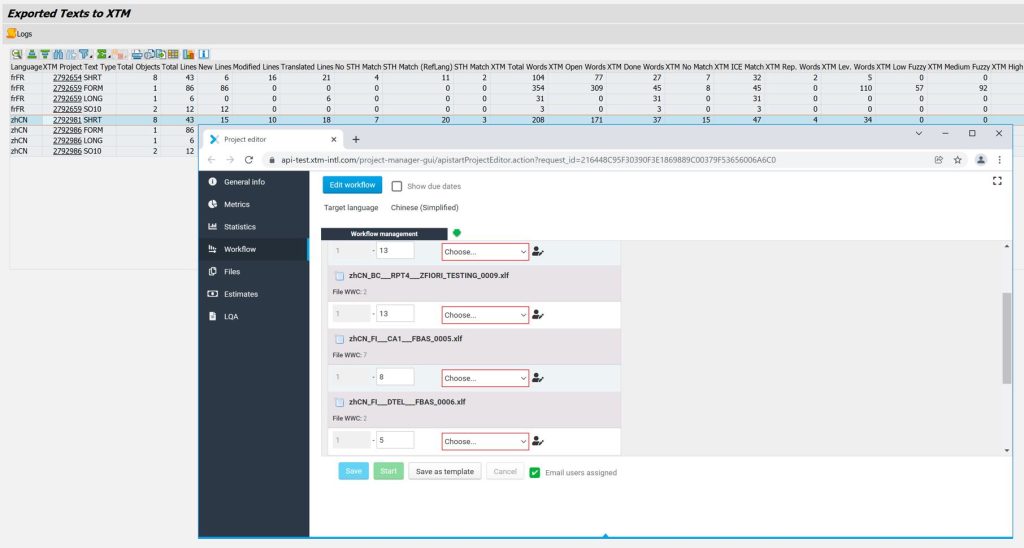 With XTM Connect for SAP Systems, translations only ever live in one of two places – in the SAP development system or checked out to XTM’s servers. The translators work on the translations in place. Each text has a unique ID that it keeps forever, which makes it easy to handle new versions of texts – translators can compare old and new versions of texts. And translators get at least some amount of context: Each text is associated with a terminology domain (which roughly corresponds to an SAP module), so translators always know whether they translating a text from SD or FI, for example. Overall, our translators are finding it easy to work with XTM. It’s a modern web app, friendly and quick to learn, but it still offers all the amenities that translators expect.

The future of SE63

Does this it’s time to put trusty old SE63 out to pasture? Not quite. In many projects, especially smaller ones, it can be easier to work directly in the SAP system. After all, many of our translators are SE63 experts, and they prefer to work in SE63. But in bigger projects, running translation on XTM will be the way to go. And even for smaller projects, the new setup can be the right choice. To start with, for many “smaller” SAP languages (meaning relatively few SAP users worldwide), there often aren’t a lot of SAP-trained translators. And then there are projects where there are security concerns and creating SAP users for translators is not an option.
That being said, in most SAP translationprojects, transaction SE63 will still play an important role. Its biggest asset is speed, which is important when making quick corrections that tester expect to be available on the test system the next day, for exmaple. For this reason, we like to have one translator from our team hat has a user in the SAP system. This translator – most commonly our language lead – can then correct single texts directly in SAP. This is still a lot quicker than exporting one line of text to XTM every time a correction is required. That translator can also use LUDECKE’s tools to search all texts in the project and to discover and correct inconsistencies. The truth is, in many projects, our consultants do not necessarily speak the target language, which makes it all the more important to have a team member who is a native speaker of that language and can make changes to translations in the system. 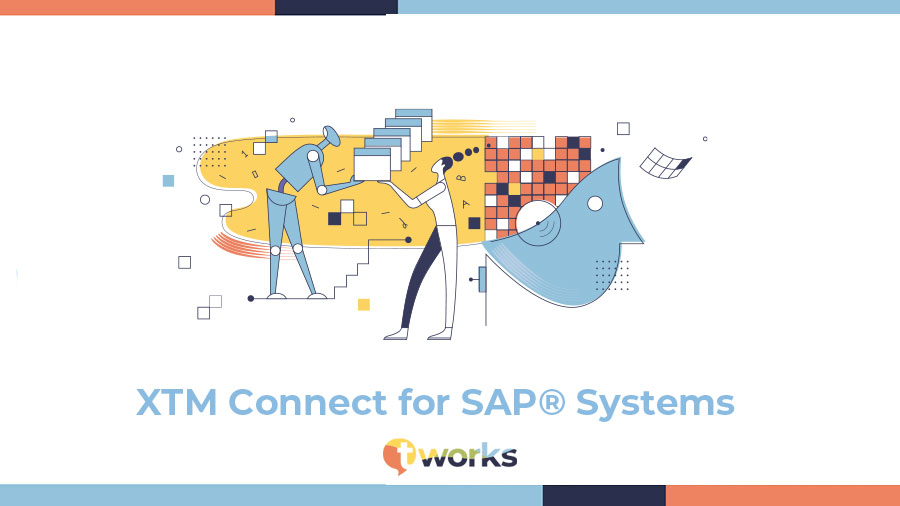