Skip to content
How close is machine translation to human translation?

Today, February 21, 2022, marks the 22nd anniversary of International Mother Language Day. Against the backdrop that a good half of all languages spoken worldwide are threatened with extinction, UNESCO has been commemorating the importance of language as a cultural asset with this annual day of remembrance since 2000. It aims to promote linguistic diversity and the use of the mother tongue, as well as to raise awareness of linguistic and cultural traditions, and in 2022 the theme is “Using technology for multilingual learning: challenges and opportunities.”

Just a few years ago, a question like this comparing humans and machines in the field of language would have sounded ridiculous. Machine translation (MT or English MT) has come a long way but has never approached the quality produced by humans – quite the contrary: the most “inhuman” mistakes, phrases and word creations can be found as popular running gags on all social media platforms. It was not until 2017, with the development of Neural Machine Translation or NMT, that the breakthrough came. As we’ll look at in more detail later in this post, unlike previous statistical or rule-based MT, NMT works on the basis of artificial intelligence, Big Data and Deep Learning, and has made such rapid progress that you can now answer the above question with “very close”. But we have to look more carefully to fully understand the advantages, disadvantages and possible uses of human and machine translation.

Is an ancient dream of humankind coming true?

Translators and interpreters have always existed – from early times to the present day because people of different languages have always had to communicate with each other. In the past the only professional equipment for translating a text consisted of human knowledge and the ability to learn new languages in addition to the mother tongue and then to convey them “by hand” or orally. To do this, a person first had to take note of and understand the text, then detach themselves from the words used and preserve only the meaning and essence of the text, then reformulate it in the target language.

A laborious process – and as long as humankind has existed, multilingualism and translation at the push of a button has always been the dream.

From the 20th century onwards, translators were able to make use of computer tools in their work. The first step here was Computer Assisted Translation (or CAT). These programs, known as CAT tools in translation jargon, were primarily used to automatically segment texts or save translated text segments for reuse in other tasks. This was the birth of translation memory.

Today, in the 21st century, artificial intelligence plays an increasingly important role and machines learn a variety of languages and produce translations. But how does NMT work, what are the

advantages and disadvantages of machine translation compared to human translation, and what does it mean for the future of the localization and translation industry?

The technology is based on networks of artificial neurons, which are comparable to the neural network within the human brain. It is the most advanced method of computer-generated translation and has made tremendous progress in recent years thanks to self-learning based on artificial intelligence (AI), Big Data and Deep Learning. Nowadays, neural machine translation programs can be used as the basis for professional translations.

This not only impacts the way segments are transferred from the source to the target language, but also brings a whole new dimension into play thanks to artificial intelligence. NMT systems also have the ability to learn. This means that, just like the human brain, the machine is not only capable of producing a translation, but also of learning a language and thus constantly improving the quality of the translated elements.

In addition, humans can train it to meet the specific needs of individual sectors, such as law, finance or medicine, all of which use their own specialized vocabulary.

Machine translation and human translation differ in many ways: in price, in quality, in how they work. Both offer advantages and disadvantages, but most importantly: without human intervention, no machine translation can meet high standards. However, the global translation market is experiencing such a rapid increase in demand for translations that humans can no longer handle it alone. Machine translation has clear advantages in terms of cost and speed and is well suited for the translation of short-lived texts such as e-mails or web pages, but not for texts where the focus is on style or regional specifics. Here MT can deliver a rough pre-translation that a native-speaking professional will clean up in post-editing.

Human translation offers the unbeatable advantage of having been translated into the native language of the professional linguist, who also has a perfect command of the source language. This professional has skills that a computer cannot provide (creativity, linguistic sensitivity, interpretative ability) and is able to take into account both the context of the translation and cultural subtleties in order to adapt the text to the specificities of the target country.

Although the technology is still developing, and machine translation is carving out certain niches, it must be stated that there are many linguistic codes that these machines have yet to crack. Artificial intelligence continues to struggle with the enormous complexity of human language and so it will remain the case that while the machine can be used increasingly effectively for specific and large texts, it still has a long way to go before it can hold a candle to the skills and quality of human translators.

Machine translation will continue to change the translation industry. Here at t’works we use too, but always in combination with our native-speaking professionals and with the help of our server-based translation environment, proven translation memory technologies and termbases. Because we continue to rely on people with a passion for language!

We look forward to being able to advise you! 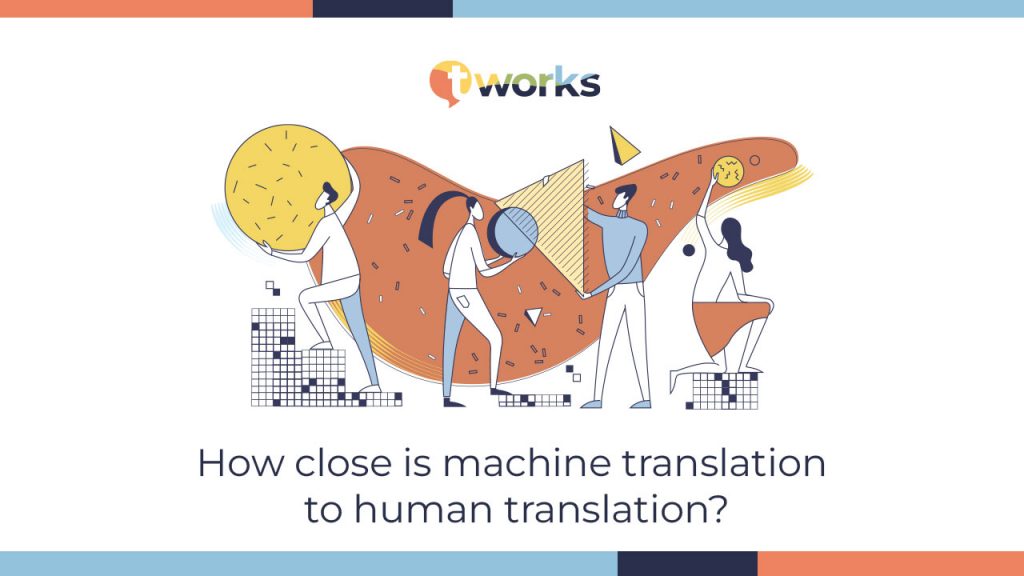