“What’s in a name?” uttered Juliet in Shakespeare’s Romeo and Juliet. But does it hold true nowadays? When it comes to brand or product names destined for the international stage, then you shouldn’t take this figure of speech at its word. Instead, it is highly advisable to carry out thorough research to avoid committing a blunder. Especially today, in a hyperconnected world, mishaps in naming brands or products don’t escape anyone and will stick in consumers’ heads. If you’re “lucky”, you’ll find your way involuntarily into marketing textbooks as a bad prime example in chapters like “Things to avoid when naming a new product”. But you can spare yourself the drama. Find out in this article, what questions you should be able to answer so that your product name does not offend anybody in any country or language and does not cause unwanted controversy.

You have refined the product in utmost detail, performed a SWOT analysis meticulously, but the name coining still racks your brain. Whether you use an existing word in the original language or an assumed neologism that turns out to be an actual word in another language, you should be able to answer the same important questions.

The most important factors in determining a name

When trawling for a name, you should consider pronunciation (sound, transcription, simplicity/difficulty), spelling, cultural idiosyncrasies (taboos, superstitions), legal boundaries (Cocaine case), connotations, ambiguities, associations (religion, sex, war, history, discrimination, etc.), recognition or memory value, and in further steps colors, numbers, and symbols. For each of these points, there are worldwide examples where one of these factors was not respected and the only option left was the withdrawal of the brand or product.

Pharmaceutical companies, in particular, are subject to strict guidelines that make drug naming a sensitive issue in order to avoid confusion with similar-sounding drugs and to pass the rigorous trademark process for international trademarks in Class 5.

The country of origin of the product partly influences the perception

While in the case of “Volkswagen – das Auto” neither the brand name nor the slogan was translated, the picture looks different for the search engine Bing in Chinese. Since the homonymous word “bìng” (病) can be associated with “illness”, the phonetically modified variant “bì yìng” ( 必应) was chosen, which can be translated as “will answer”. But it is also true that a foreign name can sometimes reap the benefits of its provenance. Since Volkswagen is German and comes from a country that enjoys a very positive reputation in the automotive industry worldwide, this brand is “enthroned” simply because of its country of origin. The same applies for luxury items from Italy or cheese and wine from France.

In addition to the aforementioned country-of-origin cachet is the positivity principle. This principle prescribes that people perceive a brand name as positive simply because of its public presence on signs or packaging. This includes names like The Motley Fool, Alibaba, Yelp, Dirty Potato Chips or Bazooka Gum, or literally companies including Harm in their name. Positive and relevant ulterior motives that detract from malicious denotations are the focus here. Or as Anthony Shore, a U.S. naming expert, once coined, “the greatest risk to a business might not be the adoption of a potentially offensive name, but the rejection of a truly great one.” Naturally, there are exceptions to this as well. After all, which native English speaker would want to impartially try a Japanese drink called Calpis, which sounds quite like the word cow piss? This is why the drink is marketed under the brand name Calpico® in the USA. If it were not a food product, this negative association might have even gone unnoticed.

The approach of these companies did the trick

Did you know that the firm Anderson Consulting had an intensive name check completed, spanning 80 days in 60 languages and 50 countries just to be able to adopt the name Accenture risk-free as of the year 2000? Or that the Internet giant Amazon was going to be called Cadabra? In the early days companies were listed alphabetically on the internet and with the letter A they appeared further up. As a nice side effect Amazon now shares its name with the most affluent river volume of water in the world. It also prevented consumers from confusing the company with the word “Cadaver”.

Not all chosen brand or product names end up with an aureole around the word. The bank HSBC had to spend a whopping $10 million on rebranding after its advertising slogan “Assume nothing” was reworded to “Do nothing” in some countries in their respective languages. Although looking at advertising slogans for brand or product names would be a story in itself, dealing with correct localization should get an honorable mention here. After all, brand or product names also usually play a deciding role in the marketing strategy. Let’s take the Swedish company Oatly, which carries the grandiose rhyming tagline “Wow no Cow!”. It couldn’t strike home better as a way of demonstrating what the company stands for, and by adding the zinger “It’s like milk, but made for humans” it instantly reaches a new level of catchy and memorable marketing. Nevertheless, it’s hard to find slogans that are untranslatable in other languages to avoid the hassle of finding the perfect equivalent or where the English original can be just taken over, as is the case for Nike’s “Just Do It”.

It is certainly not easy to predict when you choose a name for a long-lasting product, that in the course of time will spawn negative associations. As was the case with the beer brand Corona owned by Belgian company AB InBev. The company suffered a remarkable sales drop with the outbreak of the Corona pandemic when ill-informed consumers got the idea that the beer had something to do with the infamous virus and preferred to turn to other beer brands that did not bear such an ominous sounding name. The company quickly recovered however, and maybe even flipped the script with a shrewd marketing strategy and leveraging the word Corona to their advantage. The public’s perception therefore plays a major role and determines the reality of the company.

When the name of your product becomes the product of reference

Going one step further, why not take advantage of the product features to not only be the talk of the town through creativity, research, and advertising, but also to gain cult status by allowing the brand name to blend with the product name, as the brands Kleenex®, Hoover®, Jacuzzi® or Google® have done. “Generification” is what they call it in marketing speak (in case you ever want to brag about what you just read). When identity, communication and the name harmonize with the overall brand experience, and the internal logic of the brand fuels it, then it is safe to say to that you have chosen the right name.

Set yourself apart and get it right from the start

To be on the safe side and make sure that the brand/product name is suitable for your target markets, we recommend a well-founded check in the respective language, which goes well beyond whether a translation machine has recognized the word from another language and decided it does not mean anything “distasteful”. Even asking a native speaker whether the word exists in the language and if so, what it means, is sometimes not enough. A linguistic expert with historical-cultural expertise should be consulted. A certain level of education is therefore desirable, so that the brand or product name is considered with a real depth of knowledge and understanding. Ideally, 3-5 experts should be asked independently to give their perceptions in order to obtain a diverse spectrum of opinions. Ideally, these experts should also live in the country in which the brand or product is to be marketed, as they are more likely to be aware of what is happening currently and what influences people in that society.

To sum up, don’t take a chance. Think globally, not just locally. That’s why it’s always worth consulting a professional team. We have many years of experience in this field and have been able to critically analyze many names through our service and identify the most suitable from a wide range of various concepts. This helped our customers avoid having to go through an expensive and time-consuming rebranding process a few years down the road.

for a Quick Name Check, which is usually done in a few days, or a comprehensive Brand/Product Name Check.

We and our team of experts will be happy to support you in making your company or product internationally competitive. 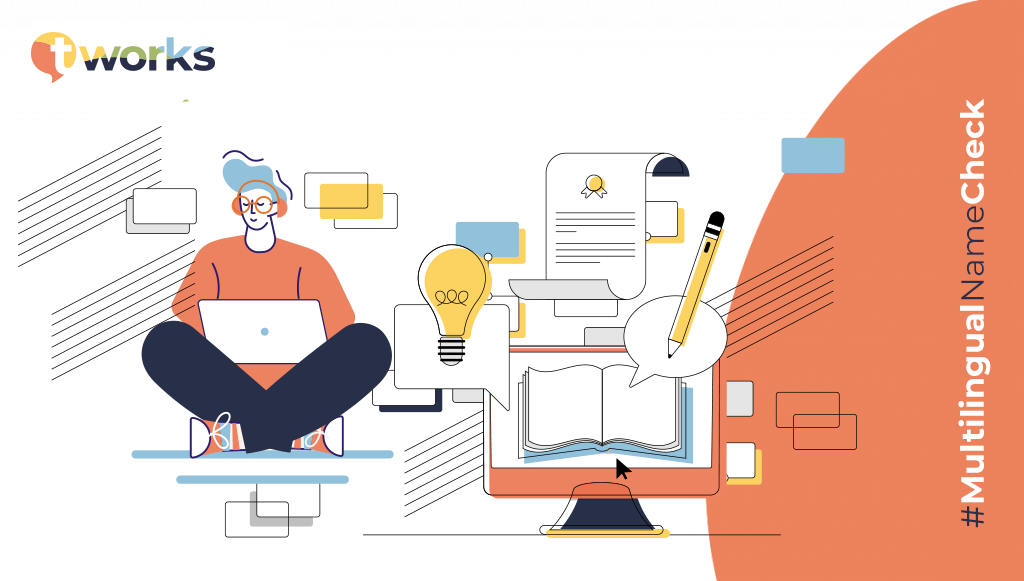 A name check for a brand or product is an extremely useful undertaking if you want to be present in various cultures or available in multiple languages. Read this report on brand check for practical tips, noteworthy indications, and insightful examples.