Skip to content
No supply shortages for legal translations

Brexit and its legal consequences

No supply shortages for legal translations

Following its official withdrawal on 31 January 2020 and the expiry of a transition period at the end of 2020, England will now no longer be part of the European Union from 1 January 2021. And the consequences? While a no-deal Brexit was averted at the last minute, was there enough time? How well were politicians, companies and the population able to prepare for the final exit, which with the EU member states having increasingly intensified their economic and legal cooperation over the past few decades will first and foremost affect legal relations with regard to the British market? How is the coronavirus pandemic affecting the consequences of Brexit? There was not enough time for many businesses and we could all see with the long tailbacks of lorries at Dover from mid-December 2020 that there was chaos at the borders as one of the far-reaching consequences of this exit. It could have been much worse though, as the coronavirus pandemic is still masking the full extent of the consequences of Brexit. There were no real supply shortages or empty supermarket shelves, as the lockdown meant that restaurants, retailers and many factories were partially closed and economic activity in the UK was below normal.

But more generally, what are the legal consequences for EU companies operating in the UK or doing business with UK companies – and vice versa? This much is certain: there are numerous changes in many areas and therefore an increased need for legal translations of documents. Let us briefly consider some of these areas of law below.

From 1 January 2021, the United Kingdom will be treated like any other third country. The trade agreement between the UK and the EU on 24 December 2020 does not include any provisions to the contrary. Therefore, according to Federal Court of Justice (BGH) case law, there is no longer any basis under civil law in Germany for the recognition of a company with a British legal form with its statutory seat in the United Kingdom and its administrative seat in Germany. Their recognition is now subject to national law for companies registered in third countries. This particularly affects companies in the legal form of a private company limited by shares (Limited). As a result, there has been and continues to be an increasing number of changes to company names, which is resulting in a flood of translations of various documents such as deeds, excerpts from the commercial register, terms and conditions or websites. This area of law also includes:

The Union’s legislation facilitating cross-border recognition and enforcement of judgements in the EU and the UK will also now no longer apply after the final Brexit, meaning that contracts and other documents may have to be translated into all EU or even non-European languages. The same applies with regard to customs formalities when importing/exporting to and from the EU, as additional licenses, proofs or certificates are required after the exit, depending on the value of the goods. The most important German export goods to Great Britain include: motor vehicles and their parts, machinery, data processing equipment, electronic, optical and chemical products.

In this area, the Foreign Tax Act will apply after Brexit, which ensures that if income or assets are transferred to the UK, they will still be taxed in Germany, at least for a certain period of time. In particular, there are VAT changes in trade with the United Kingdom and, as already mentioned, the Common Customs Tariff will no longer apply and instead the general standard and preferential rates of duty will apply. As EU citizens in the UK and British citizens in the EU will be treated as third-country nationals in future, Brexit brings with it employment and social security issues that go beyond mere residence issues. Companies that employ staff with EU nationality in the United Kingdom or with British nationality in Germany must deal with the deadlines for permits that expire in June 2021 in good time, especially with regard to contract staffing and employees’ right of residence.

The consequence of Brexit is that the UK will initially become an unsecure third country which personal data may only be transferred to on the basis of special legal foundations, and business partners there may only access this data in the EU within narrow limits. Accordingly, companies will have to amend their data protection contracts with standard clauses or approved codes of conduct or conclude new ones in order to avoid previous data transfers suddenly becoming unlawful.

From 24 December 2020, owners of registered trademarks and designs whose protection relates to the EU will now no longer have to fear the loss of their rights in the UK. These are automatically continued as national rights. However, there are additional requirements (such as use) and costs (such as renewals and UK-based agents) for anyone wishing to maintain protection of these spun-off rights in the UK. Therefore, owners of intellectual property rights will have to carefully consider in future how important the protection of their own trademarks or designs in the United Kingdom will still be after Brexit and whether it is worth continuing at national level.

Action is required for applicants whose trademarks or designs are not yet finally protected in the EU on 31 December 2020. This is because they have until 30 September 2021 to decide whether to apply for a corresponding national IP right while retaining priority in the UK. This should be well considered as protection in the EU excludes protection in the UK and vice versa.

In all the areas of law mentioned as examples, translations are required that are not only professional in formal and legal terms, but in most cases must also be legally secure, i.e. certified. This particularly applies to the 1:1 translations of the following document content required as a result of Brexit:

With Brexit completed, the validity of the authorisations granted by UK authorities to place products on the Union market ended on 1 January 2021. This means, for example, that a motor vehicle with a type approval issued in the UK can no longer be sold in the EU. The same applies to products that are required to be certified by a “notified body” under Union law (such as some medical devices or machinery), where this certification has been carried out by a body established in the UK. Legally CE marked products may continue to be marketed in the UK for a limited period until 31 December 2021, provided that EU and UK requirements are consistent and the following conditions are met: the CE marking of the goods may be based on a self-declaration, or the declaration of conformity has been carried out by a “notified body” based in the EU or UK.

Brexit is done, but there is still a great deal to do. Whether it’s official documents, contractual documents, websites or companies’ legal acts (such as articles of association and founding documents) – various specialist translations are required. We are prepared, because as certified translation service providers with extensive expertise and experience in the field of legal and financial translations, together with our legally trained team of experts, we can offer valuable support not only to companies, lawyers, courts and authorities, but also to private individuals.

We will be happy to advise you. 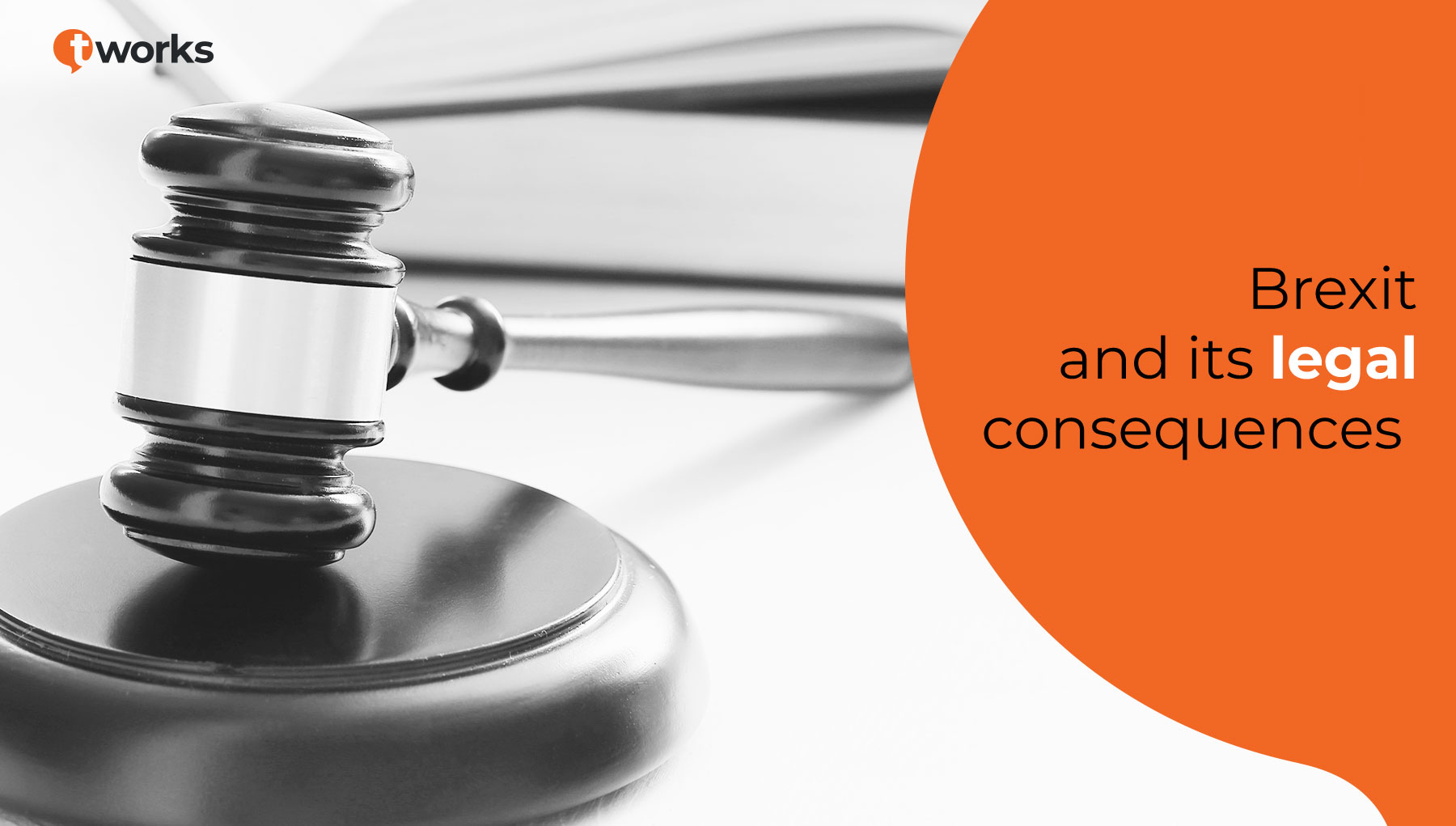