Did you know that the ancient and mysterious language of Basque (or Euskara) is possibly the oldest language in Europe and that scholars remain unsure of its origins? Crazy huh? But true. It’s believed that Basque, still spoken in the western regions of the Spanish and French Pyrenees, is thousands of years old and could date back to as early as 200 BCE.

On the Canary Island of La Gomera the ancient whistling language of Silbo is undergoing a revival. School children have been studying it there since 1999 and most of the island’s 22,000 residents can also now understand it. Once an essential means of communication between farmers on La Gomera who used it to avoid having to scale the deep ravines and rocky hillsides of the island’s volcanic terrain, the whistles replace vowels and consonants and several different whistling techniques exist.

No, contrary to popular belief, Latin is not a dead language! Well, not really. Spoken widely across the continent of Europe during the Roman Empire, consensus gentium would have us conclude that it died out with the decline of this vast superpower. In fact, classical Latin became the foundation for other popular languages – the Romance languages of today which include French, Italian, Spanish and Portuguese – and was probably well on the road to linguistic transformation during the time of the emperors.

The 800 million inhabitants of Europe speak over 225 languages. The ones we’ve mentioned above are just a few examples of the languages that hold the key to the diverse and wondrous histories, societies and cultures of the continent. Although this figure is only a fraction of the roughly 7,000 languages that exist in the world today, many European languages are nevertheless at risk of extinction and keeping them all alive and healthy is major a focus for organizations and campaigning.

The Council of Europe, set up in 1949 to ‘uphold human rights, democracy and the rule of law in Europe’, has, as one of its principal missions, the protection of traditional, regional and minority languages within all its member states. The European Day of Languages, celebrating its 20th anniversary this year, was established to remind all Europeans of the immeasurable value of our languages and to protect their diversity.

Despite a depressing tendency towards the disappearance of many minority languages, there have been some encouraging examples of language revitalization in European countries. Welsh is enjoying a resurgence, with the number of speakers up to over 800,000 and the goal of 1 million set by the Welsh Assembly for 2050.

Elfdalian, a language spoken by fewer than 3000 people in the forests of central Sweden has also seen some success with younger generations, as programs are introduced into local schools. Campaigners are calling for Elfdalian to be recognized as a language rather than a dialect to secure future funding and help its preservation.

Other examples of European language revitalization are the reintroduction of Cornish, the growth of Irish and strengthening of Galician.

Language learning is a brilliant way of keeping our languages active. Remember the whistling language of La Gomera? Being ‘fluent’ and ‘useful’ aren’t the only objectives for having a go at another lingo. Having fun and learning about our heritage are an equally important motivation. Learning a language is even thought to help stave off dementia, boosting cognitive skills, improving memory and making you a better communicator. What’s not to like?

Even if we don’t think of ourselves as multilingual, we often have many more languages in our vocabularies and experiences than we imagine. Have you forgotten about the language your learnt at school? Well, we bet you can still remember the odd word. Been on holiday to somewhere sunny and picked up a couple of phrases? You don’t have to be perfectly bilingual to make use of different languages. Just dipping your toe into the cross-cultural ocean from time-to-time also counts.

This wonderful multiplicity of languages in Europe, together with a densely populated geographical area encompassing many nations, creates challenges for crossing linguistic barriers. The interdependence of European countries and the many and varied cultural exchanges that take place mean that strategies for language transfer on the continent are well developed. The European Union, for example, has 24 official languages which enables all its citizens to access the laws and policies of the EU in their own language; being multilingual is the norm rather than exception for Europeans; and most significantly from commercial point of view, the providers of language services in Europe are thriving, well established and often market leaders worldwide.

t’works is proud to be at the heart of this technology-driven, future-focused, innovative and highly adaptable language services industry.
Our group of companies has been helping Europeans and people all over the world communicate for more than 70 years. 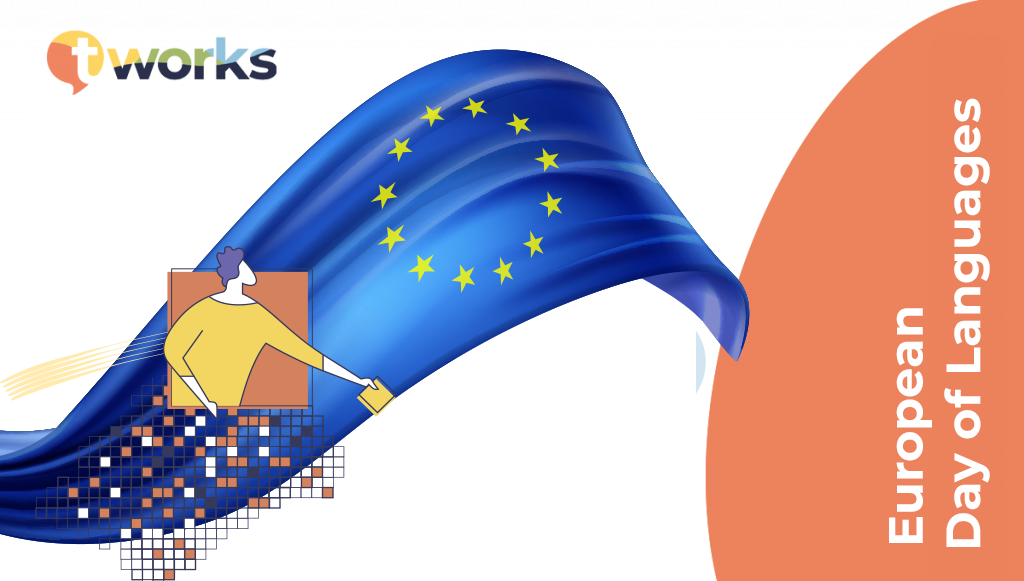