Skip to content
In celebration of Chinese Language Day

In celebration of Chinese Language Day

It goes without saying that here at t’works we’re interested in all things language related, which means a pretty big range of mind-expanding and fascinating topics. Sometimes it’s fun to sidestep our daily work of translating and localising languages in a commercial setting and get back to the basics of what makes a language, its history, structure and cultural relevance. After all, a language is much more than grammar and vocabulary, right? The United Nations’ language days give us just the excuse we need to indulge our linguistic curiosity and in this short article we’ll share a little of what we know about Chinese.

Which Chinese is Chinese?

As one of the six official languages of the United Nations, Chinese has its own day of celebration on 20th April every year. By ‘Chinese’ the UN is referring to ‘Standard Chinese’, also widely called ‘Mandarin Chinese’. This is the common tongue that was chosen by the Chinese government in the early 20th century as a way of unifying a large and diverse nation. It mostly derives from the Northern Beijing dialect and is known in China as Putonghua, or ‘common language’. Mandarin Chinese is the most widely spoken native language in the world with over 900 million speakers.

Unsurprisningly in a country covering approximately 9.6 million square kilometres and with a population of roughly 1.4 billion people, there are many other dialects also spoken in China. Whilst the Chinese refer to these tongues as ‘dialects’, scholars prefer to classify them as separate languages. They can be as different as English and German or Danish and Spanish and are often mutually unintelligible in spoken form but do share the same writing system. Other principal dialects are Cantonese, Shanghainese, Hakka, Min and Gan and these also break down into many subgroups of dialects meaning the total number is several hundred.

What about the alphabet and grammar?

So, let’s look briefly at the mechanics of Mandarin Chinese – or what we now simply call Chinese. Chinese writing can trace its origins back over three and a half thousand years and some of the characters used today have their beginnings in the ancient pictographs – drawings of the things they were meant to describe. Chinese characters do not form an alphabet; rather they each represent a syllable of spoken Chinese and can stand alone or be part of a polysyllabic word. To be able to read and write to a good standard in Chinese you would need to master around 3,000 characters, as well as understand combinations of characters in different contexts.

Chinese characters are made up of strokes and each stroke should be inscribed in the correct order. There are 12 basic strokes but characters can take up to 64 stokes to draw correctly. Fortunately for language learners a simplified form of Chinese called pinyin exists to enable Chinese to be typed phonetically into a keyboard. Pinyin uses the Latin alphabet and helps students of Chinese, (including the Chinese themselves at primary school) with pronunciation and the tones of characters.

The meanings attached to Chinese characters are altered depending on the tone of voice. There are 4 pitched tones and 1 neutral tone and getting these tones right is essential to being properly understood and understanding what is said to you. Using pinyin is helpful when learning tones as it places marks above the vowels to indicate which tone to use for a particular character.

Happily, for those of us that may be daunted to learn Chinese because of its reputation for being difficult to grasp, the grammar is relatively straightforward. Unlike Western languages such as English, Chinese doesn’t conjugate verbs according to tense and uses other techniques – expressions of time for example – to express past, present and future. Chinese also bypasses the plural form of nouns and pronouns and there are no superlative or comparative forms of adjectives. Phew!

As China’s economy has grown and China itself has opened up to the rest of the world over the last 40 years, the importance of the Chinese language on a global level, has developed. Chinese is now regarded as one of the major world languages, permitting access to better trade relations and better understanding of a nation that is increasingly relevant to us all in cultural and economic terms.

Certainly, in UK schools, Chinese is now widely taught and was rapidly growing in popularity amongst learners in the USA in the last decade. China’s vice minister of education said earlier this year that over 4000 colleges worldwide had incorporated Chinese language lessons into their curriculums and that approximately 25 million people were now learning Chinese as a second language.

Could Chinese supplant English as the global lingua franca?

The supposed difficulties of mastering Chinese have historically led people to assume that it would never challenge English for the position of most widely spoken second language. However, that theory is now being contested. As China’s ‘Belt and Road Initiative’ continues to strengthen economic and trade ties with many nations, so the need to communicate in Chinese grows.

Dr Jeffrey Gil of Finders University in Australia has argued in a recent paper that several factors debunk the myth that Chinese could never become the international language of choice. Perhaps most significantly he points out that modern technology has made learning Chinese more accessible and using pinyin on electronic keypads to produce Chinese characters is a big help. He also underlines the fact that English is far from straightforward and its prevalence leads us to falsely assume it’s easy to learn. Put simply, communicating in Chinese to drive business would perhaps be more of an incentive than difficult pronunciation would be a deterrent.

We have only touched on the richness of the Chinese language here. Its long history and many variations mean there is much more to say about this fascinating tongue. As with all languages, Chinese is a gateway to discovering the people and culture of a nation and learning to speak even a little Chinese will help anyone deepen their understanding of this great country.

At t’works we are expert in translating Chinese and over 50 other languages.

Please don’t hesitate to contact us with any questions you might have – for Chinese or any other language project. 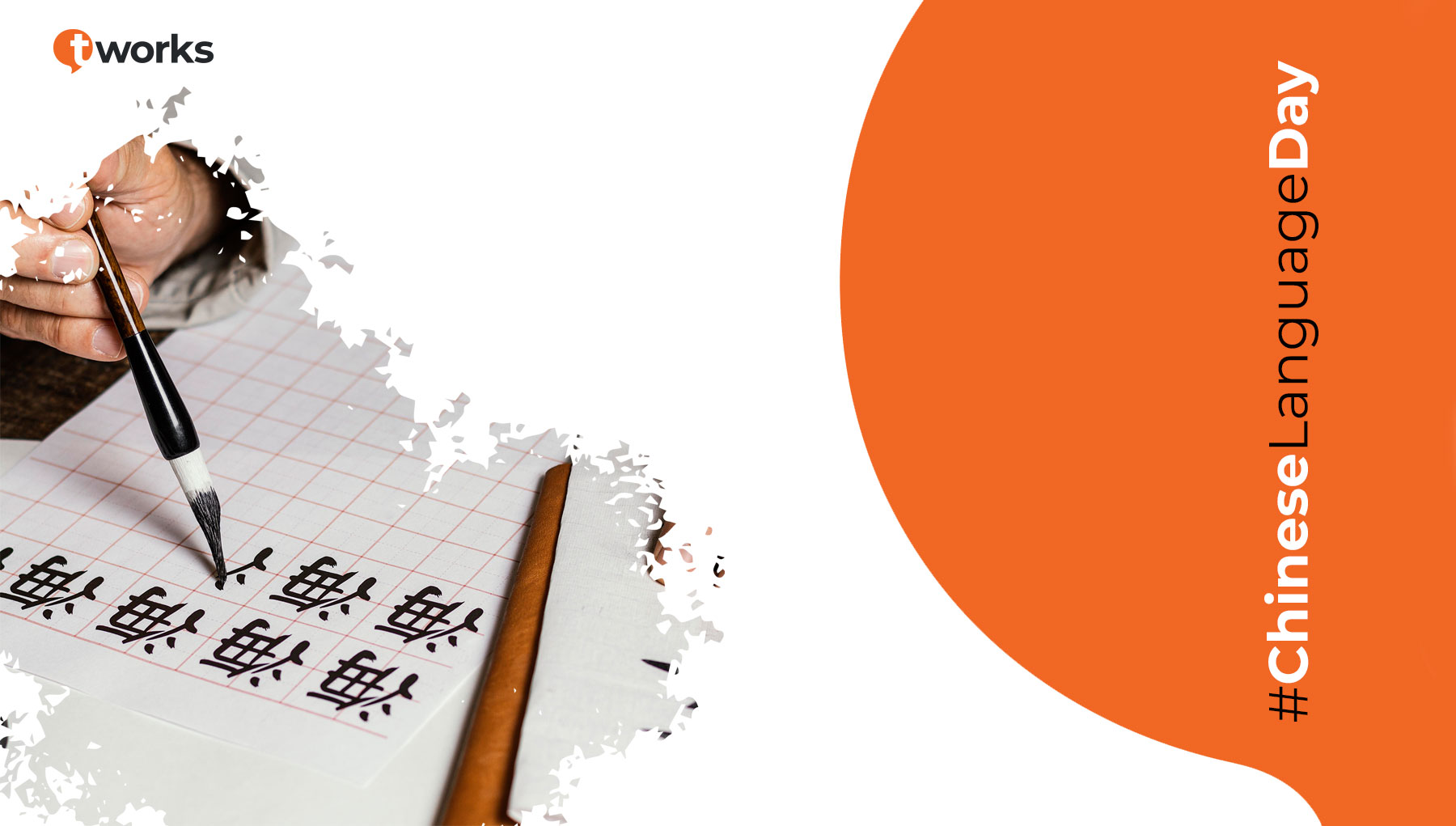